The main stress sources in the HPT blades are the following:

The most significant stress sources in the HPT discs are the following:

The HPT is designed to work at temperatures that are higher than the melting point of the components materials that it is composed. Consequently, apart from improvements in the materials properties that are used, an effective cooling system is required in order to reduce the temperature at acceptable levels. Turbine blades must be made from a material that meets the following requirements:

The most common materials that meet the above requirements are nickel-based alloys. 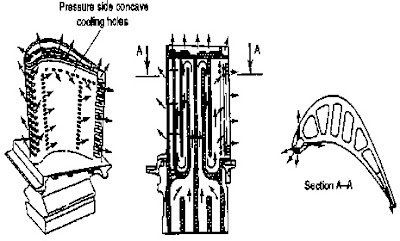 Cooling systems for gas turbine engines are constituted of a number of air flow paths, which are parallel to the main gas path. The air that flows within these paths is extracted from the compressor either by slots in the outer casing or by gaps and holes in the drum. The air then is transferred either internally through orifices and labyrinths, or externally by pipes outside of the engine casing. If the air is extracted earlier from the compressor, the performance loss will be lower, due to the less work that has been given to air by the compressor.

A blade cooling technique is the thermal barrier coating (TBC), which is used in combination with other cooling techniques. By adding a thin layer of coating (i.e. zirconia-based ceramic) in the material of the blade the temperature inside the blade falls and the component’s life increases.
The barrier coatings have low thermal conductivity, which can provide a temperature reduction of almost 150°C across a layer of 200 μm thickness. This means that the main blade material will experience a temperature of 150°C lower than before being coated. This can result in the following: 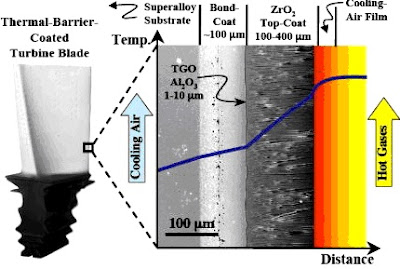 Figure 2: Temperature distribution on a HPT blade with TBC [2].

The advantages that can be achieved with the use of thermal barrier coatings are the following: