Article Navigation
Heading 2 Example
Heading 3 Example
Heading 4 Example
Heading 2 Example
Heading 3 Example
Heading 4 Example
Introduction
In general, the main parameters that control the pollutant emission concentrations in a conventional gas turbine combustor are the following:
In order to reduce the pollutant emissions various techniques have been developed that affect one or more of the above parameters. Unfortunately, these parameters are affecting each pollutant in different way. For instance, a reduction in combustion temperature will result in less NOx emissions, but CO and UHC emissions will increase.  Consequently, it is clear that the designing of a gas turbine combustor requires a great deal of compromise, not only between the various emission species, but also between other performance characteristics like stability, size etc. that should also be fulfilled.
Carbon monoxide

The most important factors that affect CO emission concentrations are:

The various techniques that have been developed for CO reduction are related to the above factors. These techniques include the following: 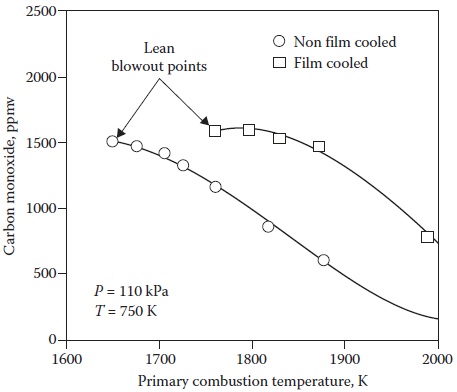 Figure 1: Effect of film cooling on CO emissions [1].
All the above techniques for CO reduction make use of the same idea, which is to increase the efficiency of the combustion process. This occurs due to the fact that at idle operation CO and UHC emissions are responsible for the reduced combustion efficiency.

The parameters that influence CO emissions are also affecting UHC emissions in the same way. So, UHC emissions reduction requires the same treatment with CO emissions, but more attention should be paid on the reduction of film-cooling air in the primary zone, as well as on fuel atomization improvements. The latter could be achieved with the use of airblast atomizers and air assist nozzles.

The principal parameter that governs NOx formation is temperature. All the other combustor parameters should be regarded as important only if affecting the flame temperature. Thus, the prime goal of any NOx reduction technique is the decrement of flame temperature, which as it is shown in the figure below, is exponentially related with NOx emissions. 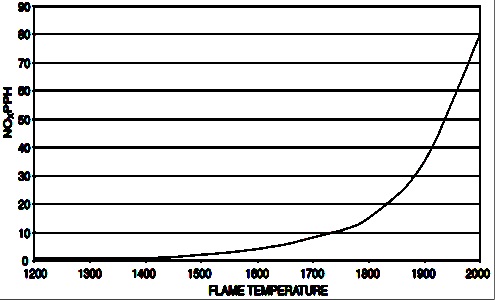 An increase in the airflow of the primary zone will decrease both flame temperature and residence time. Although this will reduce NOx emissions, it will increase CO and UHC emissions as it is shown in the following figure.  Unfortunately, almost in all techniques that are used for emissions reduction there is a great deal of compromise between CO and UHC on one hand and NOx and smoke on the other. 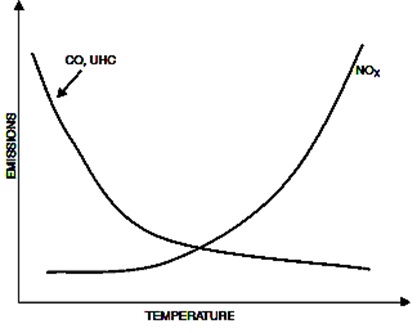 Figure 3: The effect of flame temperature on emission concentrations [2].

In order to develop “low NOx” combustors modifications must be done in the conventional design. For instance, changes in the distribution of air and liner’s geometry, more sophisticated techniques of fuel injection, new wall-cooling methods should be developed. The advantage of this approach is that the combustor maintains its existing size and configuration, while the improvements are within the bounds of established technology. The main drawback is that the final combustor will inevitably be a compromise between emissions and other performance characteristics.

The various approaches of NOx reduction in conventional combustion chambers involve some of the following:

In many practical systems soot formation is governed by the physical processes of fuel atomization and fuel-air mixing, rather than by chemical kinetics. The general idea in smoke reduction is to prevent the occurrence of fuel-rich pockets in the flame. The injection of additional air in the primary zone is beneficial, especially if it is combined with an increase in the liner’s pressure drop. The combination of more oxygen, lower temperature and better mixing can significantly decrease soot formation and consequently smoke. However, this approach is restricted because apart from the desired smoke reduction, there are some adverse effects on ignition and stability limits, as well as an increase in CO and UHC emissions at idle operation.

According to Villasenor and Kennedy [3], soot may be a significant sink of OH and may lead to local extinction of the reaction zone near the flame tip. A simple approach to reduce smoke is to replace the pressure-type atomizers with airblast atomizers, which can considerably reduce smoke due to the better atomization and aeration of the fuel that they achieve.

Another method for smoke depletion is water injection (discussed above). Furthermore, fuel additives have been used in the past in order to reduce soot with varying success. These additives are consisted of several organo-metallic compounds, which have as a base usually barium and manganese. The main disadvantages of fuel additives are their tendency to produce deposits on the turbine blades, their cost and the risk of introducing a toxic hazard.