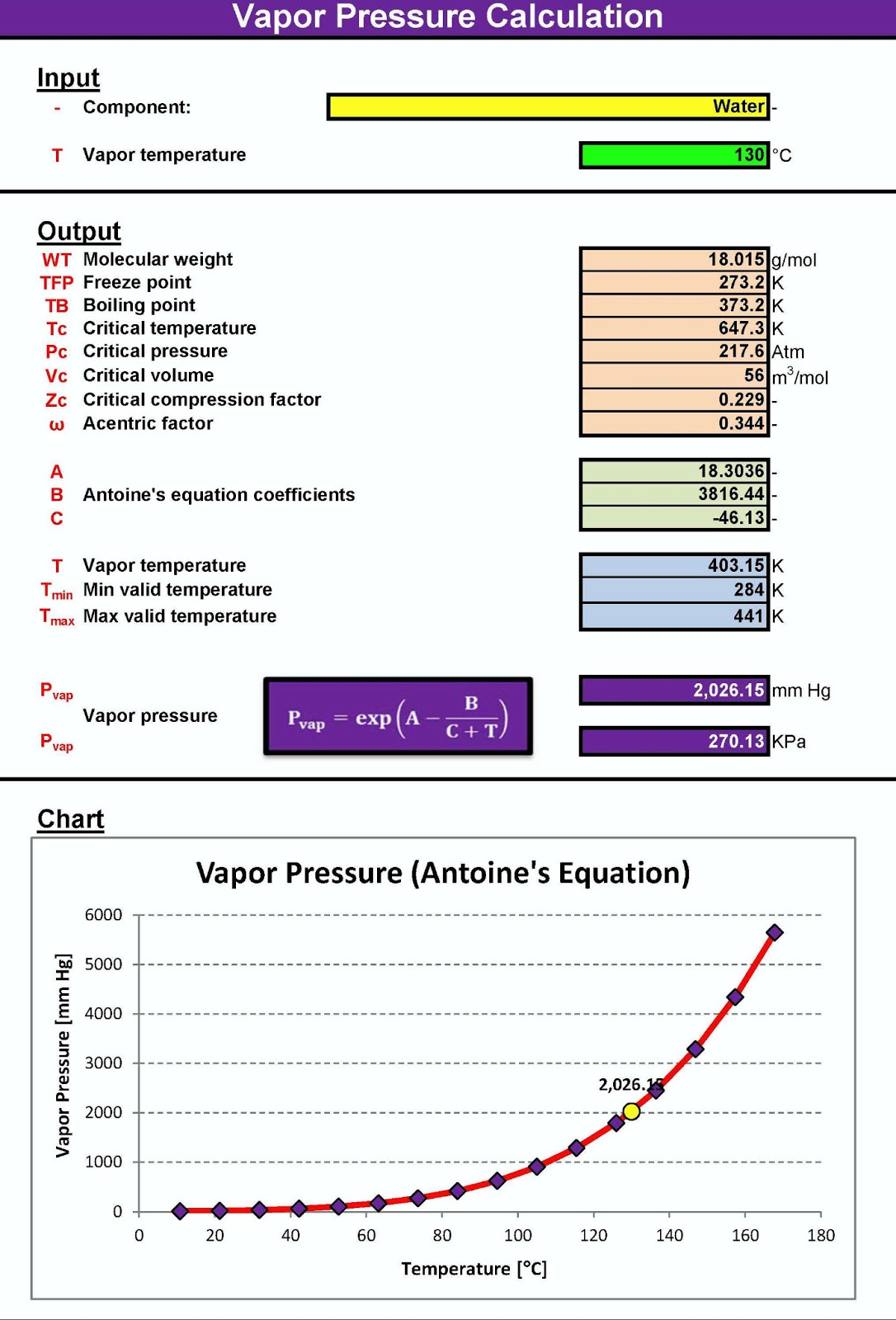 According to Wikipedia: “Usually, the Antoine equation cannot be used to describe the entire saturated vapor pressure curve from the triple point to the critical point, because it is not flexible enough. Therefore, multiple parameter sets for a single component are commonly used. A low-pressure parameter set is used to describe the vapor pressure curve up to the normal boiling point and the second set of parameters is used for the range from the normal boiling point to the critical point”.

However, by using two different sets of coefficients a severe problem is caused; the described vapor pressure is not continuous – at the normal boiling point the two sets give different results. In this workbook I decided to use a single set of Antoine’s coefficients, having in mind that in some cases there will be increased deviation between calculated and real vapor pressures.

The workbook is quite easy to use. Just select a component from the dropdown list (yellow cell) and then enter the component’s temperature in the cell below (green cell). The sheet “runs” automatically and calculates the vapor pressure, if the temperature is within the valid temperature range. Furthermore the following properties of the component are being given:

Near the end of the sheet there is also a chart that represents the Antoine’s equation for the specific component and for the valid temperature range. The yellow point shows the value of the temperature that was entered in the input section of the sheet.

This workbook can be used in Office 2007 or newer. Please, remember to enable macros before using it.