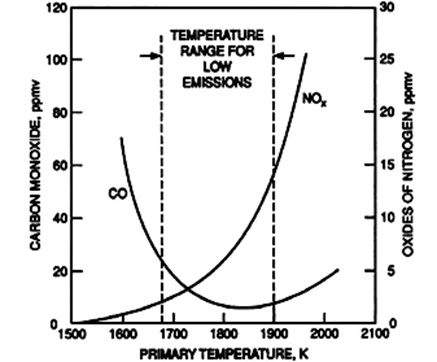 Figure 1: Effect of primary-zone temperature on NOx and CO emissions [1].
Introduction
All the previous techniques have been used in one way or another for the emissions reduction in conventional combustion chambers. All of them suffer from the fact that the end product will inevitably be a compromise between emissions and other combustion performance characteristics. So, in order to reach the future emission goals new approaches in combustor designing are required that will focus on the simultaneous reduction of all emissions. 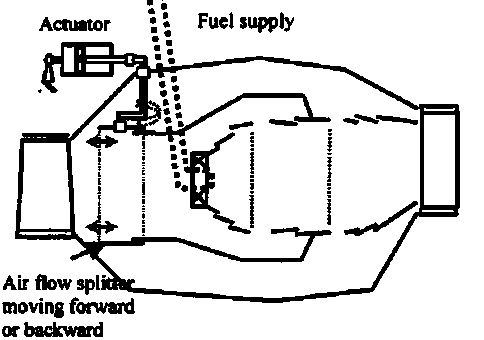 Figure 2: Schematic diagram of a variable geometry combustor [2].
The variable geometry (VG) concept was first introduced in gas turbine designing as a way of improving the altitude relighting performance of the various aircraft engines. However, the designers in the beginning were reluctant to use these systems due to the mechanical complexities that introduce, but during the last years, their potential for minimizing emissions has renew the interest for their application both in aero and industrial gas turbines.

Variable geometry reduces the emissions on both high and low operating conditions without sacrificing combustor performance. It can increase combustion efficiency at low operating conditions and facilitate engine’s relight at altitude. However, it introduces more complicated mechanical and control issues. Since the range of environmental and operational conditions that combustors of gas turbines work is wide, the control of variable geometry is one of the effective methods to keep the combustors working stably, reliably, efficiently and with low emissions.

In order to sufficiently diminish emission levels the variable geometry concept should be applied on combustors in conjunction with pre-mixed/ pre-vaporized fuel injection systems. This combination could lead to avoidance of “hot spots” and “cold spots” that enhance NOx and CO emissions production respectively. 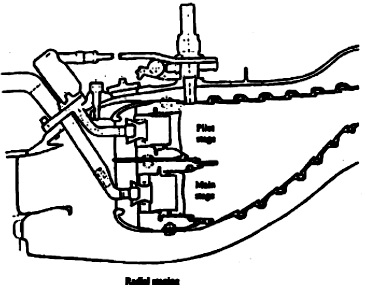 Figure 3: Schematic diagram of a radial staged combustor [3].
In this technique the combustion process occurs not in one, but in a number of discrete stages. There are three types of fuel staging: circumferential, radial and axial. However, circumferential staging is not used in practice since it leads to NOx increment, due to the non-uniform distribution of fuel around the liner, which produces a number of points with high temperature and therefore high NOx. This also could be an indication that fuel staging itself is inadequate to reduce emissions.

In radial staging (see the figure above), the simplest probably application is in double-banked annular combustors. In these combustors – at low fuel flows – it is a relatively simple matter to inject all the fuel into the inner or outer combustion zone correspondingly.

Finally, in axial staging the primary zone is designed for optimum performance at low power settings. When more power is required, extra fuel is injected in one or more locations downstream of the primary zone (additional burning zones). 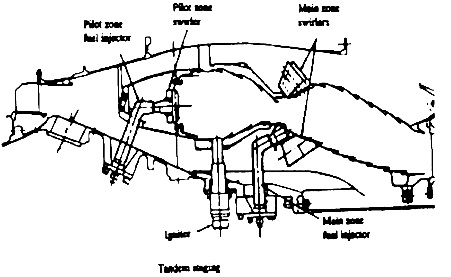 Figure 4: Schematic diagram of an axial staged combustor [3].
Contrary to variable geometry, which emphasizes on uniform distribution of air, fuel staging focuses on optimal distribution of fuel. If both techniques are used separately are not sufficient, but in combination, they have the potential to satisfactory reduce emissions. Moreover, both share the same aim, which is the adjustment of combustion temperature in all operating conditions.
Lean pre-mixed/pre-vaporized combustion 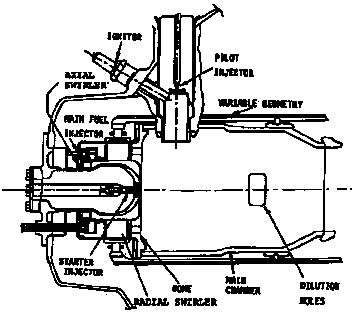 Figure 5: Schematic diagram of a lean pre-mixed/pre-vaporized combustion system [4].
The basic idea of this concept is to evaporate the fuel and to mix it completely with air before the main combustion chamber. Usually this procedure occurs in the pre-chamber. Since there will be no droplet combustion and due to the fuel-lean operation of the primary zone, NOx emissions will be fairly reduced because of the low reaction temperature and the “hot spots” elimination in the combustion zone.

In order to achieve a satisfactory performance over the whole engine’s cycle, the lean pre-mixed/pre-vaporized (LPP) combustion systems should be used in combination with variable geometry. However, the main drawback of these systems is that sometimes the air admittance control that is achieved with variable geometry may not be sufficient to avoid the operation close to the weak extinction limit.

Another disadvantage of LPP systems is their autoignition tendency. The main function that is responsible for this undesired situation is the residence time needed for fuel pre-vaporization. If it is high, then under high load/temperature operation autoignition may take place. Furthermore, the airflow rate required in the front of the main combustion chamber in order to achieve lean combustion at high power operation may lead to flame blowout tendencies at low power conditions.

According to Rizk and Mongia’s tests [4], most of the NOx in these combustors are formed early, whereas insignificant amounts of NOx are produced in the dilution zone. The highest NOx level is formed when variable geometry is positioned in such a way that the majority of the airflow is admitted through the dilution holes, so less air is admitted to the primary zone. Consequently, the temperature is increased and NOx too. On the other hand, when most of the air is admitted to primary zone NOx emissions are minimized, which corresponds with the complete conversion of all the fuel bound nitrogen.
Catalytic combustion 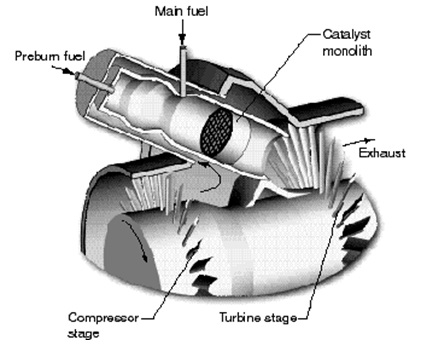 Figure 6: Schematic diagram of a catalytic combustor [5].
Catalysis is a process in which fuel oxidation occurs at temperatures that are well-below the lean flammability limit of the used fuel. This is the reason why in gas turbine combustors catalysts are used to replace a part of the thermal reaction zone and maintain combustion under temperatures that are 1000 K or lower.  Since NOx emissions are increased exponentially with temperature, in catalytic combustors they will be several orders of magnitude lower comparing with emission levels from conventional combustion systems.

The catalytic reactor is usually consisted of several sections, each of them being made from a different kind of catalyst. This occurs due to the necessity of using a catalyst that is active at low temperatures for the inlet, whereas in the following sections should provide good oxidation efficiency. Downstream of the reactor a thermal reaction zone can be used to provide the necessary heat for the continuity of reactions.

Similar to LPP combustors, catalytic combustors also suffer from autoignition, which appeared upstream of the catalyst although the fuel/air ratios may be below the lean flammability limit. The cause of autoignition is the existence of local rich mixtures near the fuel injector before complete mixing occurs. Hence, mixing must be finished in less than ignition delay time, so as to prevent autoignition.